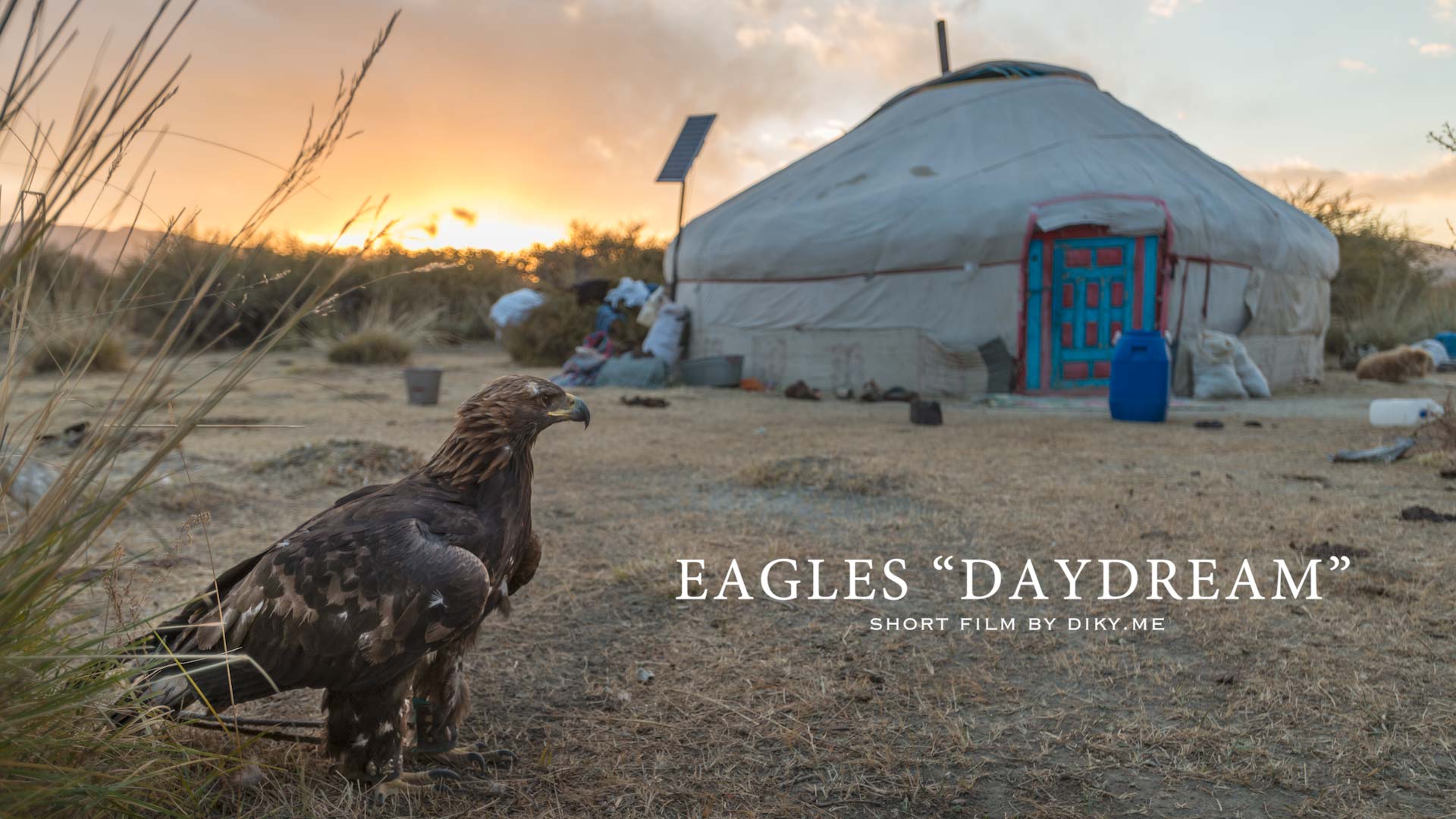 There is a centuries-old tradition in this land, hunting with Eagles tradition, as some sources mentioned more than 6000 years old.

This tradition was crucial to maintain since it was a part of survival for locals in order to survive the harsh Mongolian climate. That was in the old days… By now there is no more need to hunt using the eagles and in our days it serves more like a show to attract tourism versus the survival of mankind. Before coming to Mongolia and observing the way those birds are treated to subdue the humans it never crossed our minds to look at this tradition which looked like a beautiful symbiosis of birds and humans from a different perspective. After spending some time and understanding what the Eagle, named as a “symbol of freedom” in many cultures needs to overgo in order to listen to human commands raised a topic which we constantly discussed with my colleague throughout the time we spend there. Should this centuries-old tradition be cherished and continued for years to come or should it be abandoned and left to stay only in stories that glorified humans as superior beings?
As with many stories these days also with the everyday news, the way they are presented to us it is not so easy to grasp the truth what is really going on. And since we could not totally agree on the way this eagle story should be told, we decided to make a short film: a story of an eagle, with narration which would tell two different perspectives of the bird as the main character and without changing a single frame of the film itself. The only difference here is the narration.
=============================
Full videos with the narration could be watched on official site dikiy.me
or on Vimeo with the links below
EAGLE’S “DAYDREAM” tells a story of an eagle becoming a friend of the human.
EAGLE’S “DAYMARE” tells a story of an eagle which needs to serve the human.

After watching both perspectives you can make your own opinion on this centuries-old Tradition and which way you would wish it to continue.

Music for this video was kindly offered by Pepe Danza
Zen4Souls Music
Mixed and Mastered by Soundprostudios
Edited by Geri Dagys
Produced by Dikiy.me